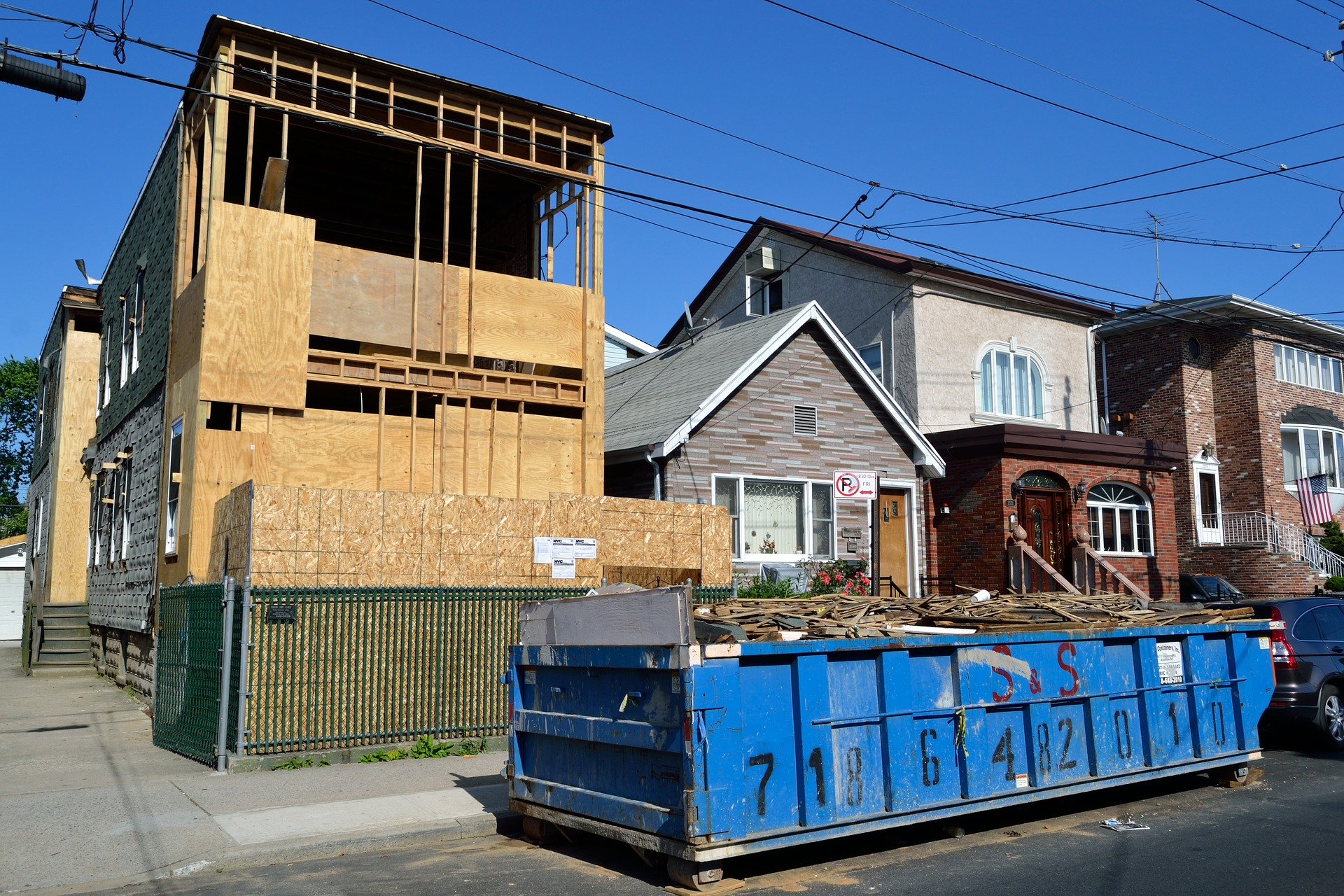 Home Flipping Trends in U.S. Remain Positive
February 27, 2018
3 min read
Home Flipping Trends in U.S. remain positive.
A key report recently confirmed what we’ve been seeing in our markets — the home flipping business in the U.S. appears to have reached a healthy equilibrium state, with flipping rates declining in hot markets and gaining in less expensive housing regions.
U.S. home flipping trends are important because they can be a key indicator of the health of national and regional real estate markets, as well as offering insights for home flippers operating in an evolving housing market.
Here are the key takeaways from the Q2 home flipping report:
Overall, home flipping rates are stable.
In the second quarter of 2017, 53,638 single family homes and condos were flipped nationwide, a home flipping rate of 5.6 percent of all home sales during the quarter. That rate was down from 6.9 percent in the previous quarter, but unchanged from a year ago, according to a report released by ATTOM Data Solutions.
The stats seem to indicate that compared to the overheated markets of 2006, home flipping rates are stable.  And though there’s been a rise in flipping rates over the past two years, there’s been a fairly tight range overall since mid-2010 to the present.
ATTOM defines a home flip as a property that is sold in an arms-length sale for the second time within a 12-month period–based on publicly recorded sales deed data. 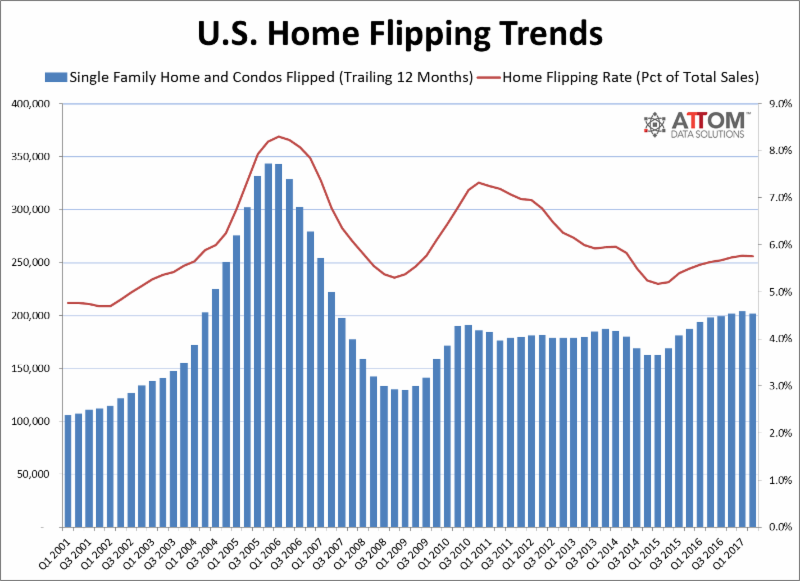 Flippers are gravitating to lower-priced markets away from overheated markets.
Q2 of 2017 marked the highest average gross flipping profit in U.S. history — $67,516. That represents a 48.4% gross return on investment (ROI) for flippers, which is the lowest ROI since Q3 of 2015. It’s no surprise that profit margins are compressing some, given ongoing price gains in many U.S. markets. As a result, many operators have moved their focus to less heated markets.
“Many flippers are gravitating toward lower-priced areas where discounted purchases are more readily available – often due to foreclosure or some other type of distress,” said Daren Blomquist, senior vice president at ATTOM Data Solutions. “Many of those lower-priced areas also have strong rental markets, giving flippers a consistent pipeline of demand from buy-and-hold investors looking for turnkey rentals.”
Among 101 metropolitan statistical areas analyzed in the report, those with the highest average gross flipping ROI were Pittsburgh, Pennsylvania (146.6%); Baton Rouge, Louisiana (120.3%); Philadelphia, Pennsylvania (114.0%); Harrisburg, Pennsylvania (103.3%); and Cleveland, Ohio (101.8%).
Metro areas with the lowest average gross flipping returns in Q2 2017 were Honolulu, Hawaii (17.8%); Boise, Idaho (23.5%); Austin, Texas (26.0%); San Jose, California (27.0%); and San Francisco, California (27.1%). 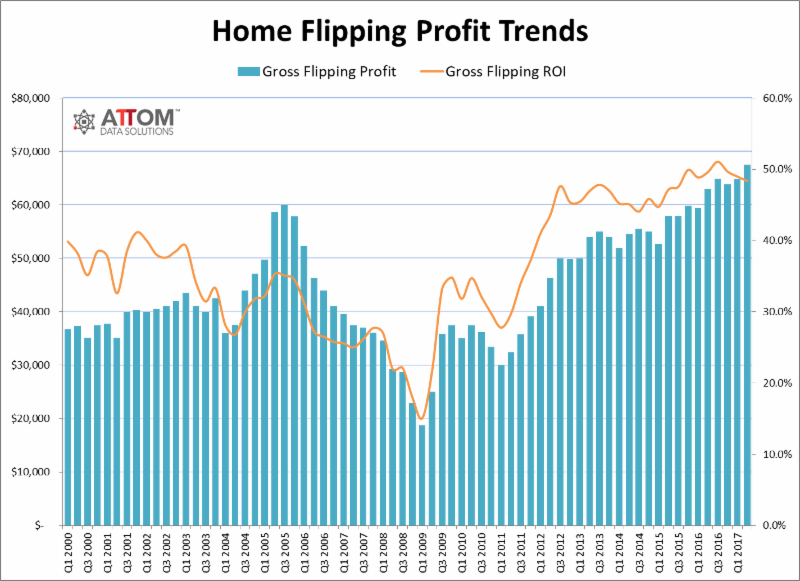 Home flippers are increasingly using financing to drive profitability.
The dollar volume of home flipper financing climbed to a 10-year high in Q2 2017, as more than 35% of homes flipped used financing. The estimated total dollar volume of financing for homes flipped in the second quarter was $4.4 billion, up from $3.9 billion in the previous quarter and up from $3.4 billion a year ago to the highest level since Q3 2007.  This is a positive intermediate-term trend for lenders like Aloha Capital.
However, financing remains well below the levels of the mid-2000s when nearly 65% of all flipped houses used financing.
“Home flippers are employing a number of strategies to give them an edge in the increasingly competitive environment where flipping yields are being compressed,”  said Blomquist. 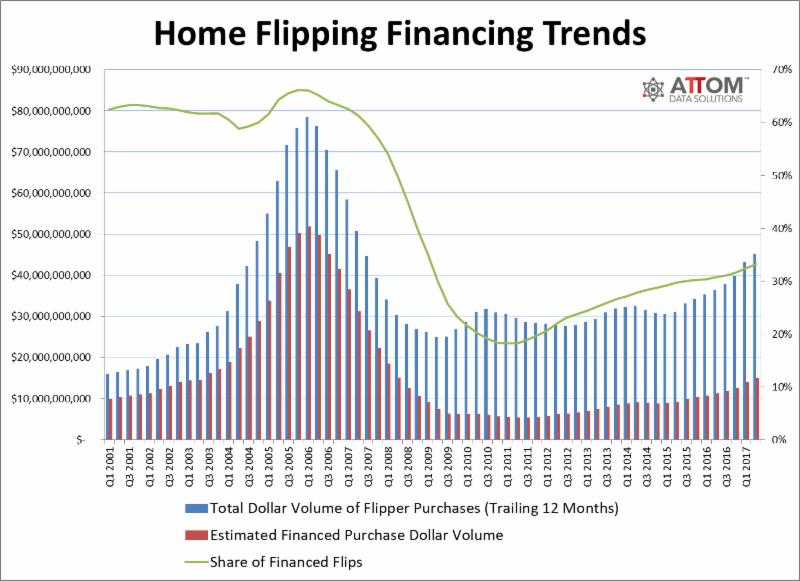 Lack of housing inventory in most of the U.S. remains the key factor in the home flipping business. While initial investment costs may be increasing, there is a dearth of listed inventory in good condition. The prevailing reality is this: When flippers complete their rehab and look to sell, there isn’t much inventory to compete with. We’re keeping an eye on the markets, so let’s see when this trend changes.